Bulgarian startups are developing solutions according to the latest global technological trends, with 47% of them offering world-class innovation, which is 18% more than last year. This is one of the main findings of the InnovationShip 2019 – an annual national survey that analyzes innovative startup, micro, small, and medium-sized businesses in Bulgaria. The open digital network EDIT of the MOVE.BG Foundation has conducted the research for the fourth year in a row.

“There is two big news from the survey this year – almost half of the Bulgarian startups are developing products that they claim to be global innovations and nearly 60% consider their business as socially significant and contributing to the society,” Sasha Bezuhanova, founder of MOVE.BG and of EDIT, has said. Ms. Bezuhanova is also a Board Member of the European Institute of Innovation and Technology (EIT).

For the second year in a row, the InnovationShip analyzes the importance of social impact for companies in the Bulgarian digital ecosystem. 57% of participants in the survey share that having a social impact is a major focus of their organization, which is a 12% rise compared to last year. 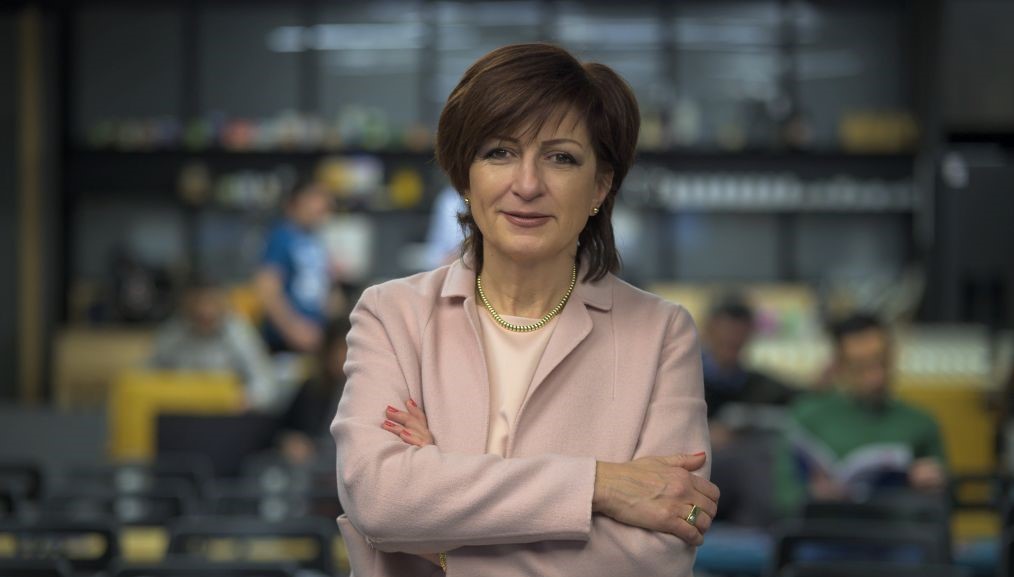 Another major trend in the report is the emergence of a new wave of deep tech startups, with 32% developing artificial intelligence and machine learning, 28% working on big data analytics, and one in five developing blockchain technology and the Internet of Things (IoT).

In Bulgaria and around the globe

By 2022, over 60% of global GDP will be digitized, as the International Data Corporation (IDC) forecasts. An estimated 70% of the new value created in the economy over the next decade will be based on digitally-enabled platforms.

“There is a clear trend in the usage of digital native IT environments. Cloud deployments

incorporate edge computing increasingly while AI (artificial intelligence) emerges as the new UI (user interface). Digital trust systems based on blockchain technology become the new smart ground for operating supply chains and securing the loyalty of customers,” writes Ms. Bezuhanova in the intro of the report.

InnovationShip 2019 also detects a growing specialization among startups and SMEs: 34% focus on technology solutions and 24% on the financial sector. The third most popular industry is education – with 22% of the respondents. 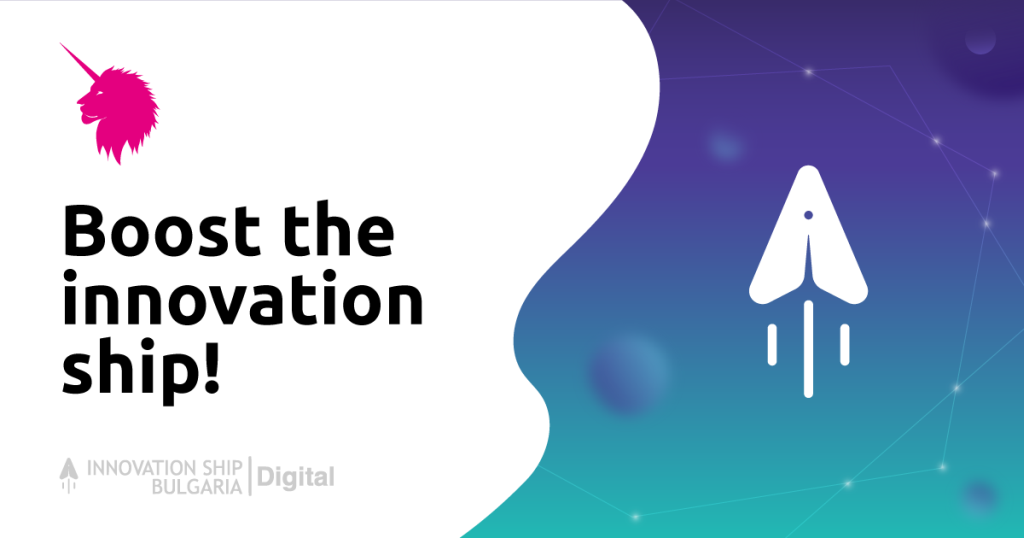 The report also examines the challenges that Bulgarian innovative enterprises face: the lack of timely access to finance is reported by 36% of the respondents, followed by the problems with finding of qualified experts (33%), the lack of institutional support (31%), and the hard burden of bureaucracy (25%).

MOVE.BG and the organizations from the EDIT Open Network made several recommendations for improving the environment, based on InnovationShip 2019 data, including improving the legal framework for startups, reducing administrative burdens, and encouraging investment.

On December 4, MOVE.BG presented the InnovationShip 2019 during a special conference “Digital Trajectories” with the participation of various representatives from the ecosystem.

“Bulgarian digital innovators are developing advanced tech and business solutions in line with the big trends in the global economy. The InnovationShip 2019 survey proves the next level of maturity of the Bulgarian startup ecosystem and reaffirms the role of Bulgaria as a key center of gravity for innovation in the region, ” Ms. Bezuhanova said during the conference.

“Those positive dynamics can be further strengthened if public authorities create a special policy in supporting infrastructure for startups and SMEs. Modernization of the university programs in line with the technological and societal development trends can expand the potential of the innovators of tomorrow significantly. The study confirms those needs.” 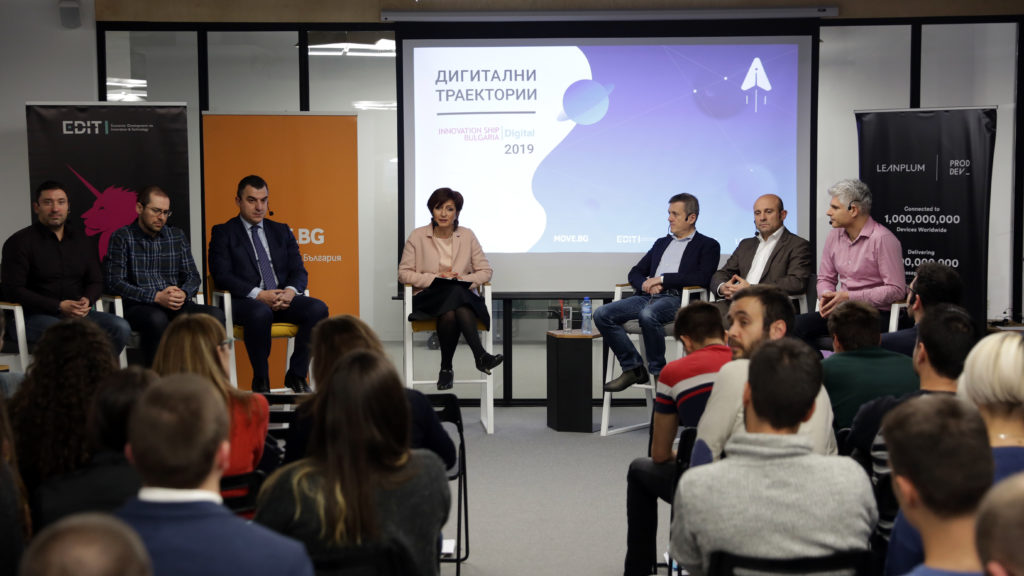 Ms. Bezuhanova was a moderator of discussion during the “Digital Trajectories” conference with the participation of (from left to the right): Georgi Kadrev, CEO of Imagga; Todor Kolev, Chair of Comrade Cooperative and Managing Partner of Cyrillic Ventures; Nikolay Dimitrov, Executive Director and Member of the Board of Directors of the Bulgarian Development Bank, Lyuben Belov, Partner at LAUNCHub Ventures; Martin Danovski, Chair of the Board of Directors of the Bulgarian Fund of Funds; and Vladimir Rusev, Regional Manager for Eastern Europe, Turkey and Israel at Leanplum.

The full InnovationShip 2019 report can be downloaded for free in English here.

This year’s survey included 233 innovative micro, small, medium, and startup companies. The analysis of the data is made by the Center for Modeling of Socio-Economic Systems at Sofia University St. Kliment Ohridski. InnovationShip 2019 was conducted in partnership with over 30 organizations for innovative development and non-formal digital education, venture funds, coworking spaces, digital hubs, and for the second year, it was supported by the Bulgarian Development Bank.

EDIT stands for Economic Development via Innovation and Technology and was initiated in 2016 by the MOVE.BG Foundation in partnership with a broad coalition of startup ecosystem stakeholders in Bulgaria. EDIT was created to address the needs of the micro-, small and startup businesses in the information technology industry forming the fastest growing and most innovative economic sector of Bulgaria.

EDIT organizes a variety of activities such as online pieces of training, topical researches, reports, policy recommendation papers, conferences, and fieldwork across the country.

We are making out tomorrow together!